2022-23 WINTER TOUR STARTS SOON!!!
The 2022-23 Winter Tour kicks off soon and tickets are already on sale and selling fast!  Check our Tour Dates page to find a show near you before shows sell out.

rnament, A Tribute To The Trans Siberian Orchestra


Currently looking forward to their seventeenth year of touring, Ornament is an 11-piece Rock Orchestra specializing as a Tribute to the Trans-Siberian Orchestra.

Ornament is a full musical production complete with a full sound system and a light show consisting of dozens of lights, strobes, lasers, fog machines, and snow machines.

Based out of southeastern Massachusetts, Ornament performs throughout the North East and Mid-Atlantic US each year during the winter holiday season.

Using traditional holiday carols and songs set to rock, blues, and gospel music, Ornament's show (like a TSO show) tells the tale of a real Christmas story; a story of Christmas wishes being answered. A moving tale, helping to inspire all who hear it throughout the holiday season.

In keeping with the holiday spirit of giving back, Ornament often performs to help raise much needed money for area schools, programs, and charities. 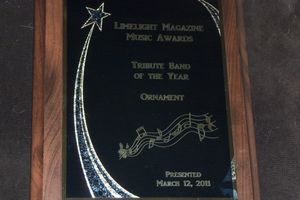 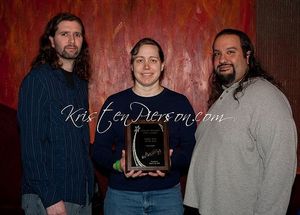 Ornament HAS WON the
TRIBUTE BAND OF THE YEAR AWARD
in Limelight Magazine's 2010 Reader Poll Awards!
Several members of the band were on hand to receive the award at an awards ceremony on March 12, 2011.  Thanks to all of you who voted for us and have supported us over the years!  And thank you to Limelight Magazine for recognizing us and so many other great musicians across New England!